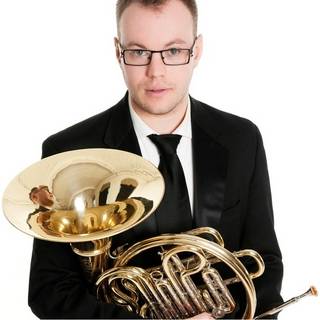 Simon Bourget is a French Horn player from Dieppe, New-Brunswick. Bachelor of Music from l'Université de Moncton where he studied under David Parker, he has recently completed a Master of Music degree from McGill University with Jean Gaudreault and an Artist Diploma from l'Université de Montréal with Louis-Philippe Marsolais. Fellow of many musical institutions such as the ScotiaFest, the National Youth Orchestra of Canada, l'Orchestre de la Francophonie and the National Academy Orchestra of Canada, Simon intended to deepen his knowledge and artistic vision on orchestral playing. As a chamber musician, he has performed with the Katcor Horn Quartet and the baroque ensemble Les Lys Naissant .His career led him to perform with Quebec and Canadian orchestras such as the McGill and Appassionata chamber orchestras as well as the New-Brunswick, Nova-Scotia and Montreal Symphony Orchestras.