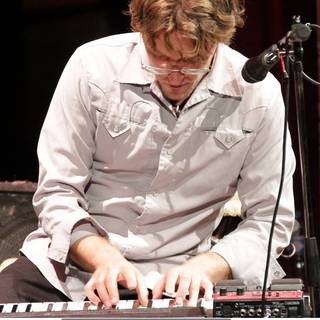 Papacho Sirdey graduated in 2003 from the National School of Arts in Havana, obtaining his bachelor's degree in classical music as Professor-Instrumentalist. He then continued jazz studies at the American School of Modern Music in Paris (2006) and the School of Creative Music in Madrid (2008). Throughout his musical education he was mostly influenced by the Cuba  educator Alexis Baxter, American composer Art Lande, and pianist Larry Willis.

Papacho has been performing since 2005 mostly as a jazz pianist. He has collaborated with saxophonist Richie Cole, bassists Vishnu Wood (Randy Weston Duo) and Tyler Mitchell (Sun Ra Orchestra), as well as jazz singer Nicholas Bearde. He has participated in international festivals such as the Cervantino Festival and the Montreal-Queretaro Jazz Festival. Papacho is founder of the Third Stream Ensemble, a project that aims to incorporate 20th century European composers to the Jazz tradition. He is also founder lf the Ad Libitum Jazz Quartet with whom he tours since 2011. Since his arrival in Montréal, you may hear him accompanying author-composer Philémon Cimon.

The piano lessons' main focus is on creating a practice routine that will respond to each student´s musical needs. Through simple-but-effective exercises, the student will acquire reflexes that will allow him to grow on a solid foundation. Lessons may be taught in English, French, or Spanish.