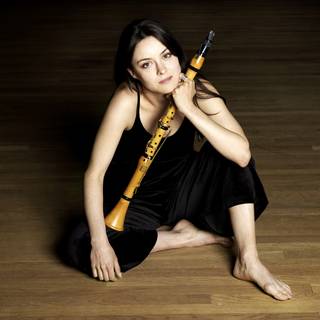 Maryse Legault received her Master’s degree at the Koninklijk Conservatorium Den Haag in June 2017, specializing in historical clarinet performance in the studio of Eric Hoeprich. During her studies in the Netherlands, Maryse had the opportunity to perform with many ensembles, including The Orchestra of the 18th Century, under the direction of John Butt, and MusicAeterna, under the direction of Teodor Currentzis.

The first graduate from Quebec in the field of historical clarinets, Maryse is specializing her research in the virtuoso phenomenon of the turn of the 19th century. She has written the first comprehensive biography of the 18th-century international clarinetist Josef Beer (1744-1812) and is currently pursuing a PhD in musicology at McGill University. She has presented her research as a guest lecturer at Oxford University in the conference Transforming 19th Performance Practice in 2017.

Maryse is recipient of Early Music America Summer Scholarship and benefited from Les Jeunesses Musicales du Canada’s support between 2016 and 2021. She also received the Schulich School of Music Fellowship upon acceptance in the doctoral program and is supported by the Canada Arts Council and CALQ. She was awarded the Joseph-Armand-Bombardier research fellowship from the SSHRC. More recently, she was the recipient of a prize from the Sylva-Gelber Music Foundation.