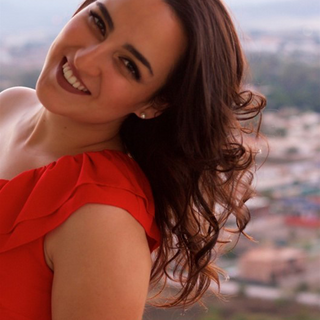 From Guadalajara Mexico, Marcela Flores began her musical training at the age of seven singing under the choir conducting of the musicologist Ileana Gueche. She was a member of the A Cappella ensemble of Guadalajara, with whom she had the opportunity of singing throughout Mexico and travelling to Europe and Latin America. Upon turning 18, she starts her professional studies at a core level of music at the University of Guadalajara after which she then continues studying her bachelor’s degree in this same institution.

Equally, she has completed her formation with various opera singers, such as the baritone Luis Alvarez, the mezzo-soprano Grace Echaurri, the tenor Ramon Calzadilla, the baritone bass Ricardo Herrera as well as the Argentinean jazz singer Sofia Rei. In 2012 she travels to New York to learn from the great mezzo-soprano Hilda Harris in the Manhattan School of Music Summer Voice Festival. As well, she has taken workshops of music for choirs with choral conductors like Leonor Suarez, Ana Patricia Carbajal, Ailyn Urquiza and Jorge Cozatl.

Later on she forms her quartet Vocal CREA, where she begins her development as choral conducting. With her quartet she represented her country when they participated in the Choral Festival of Medellin in Colombia, as well as in Corearte in Spain. She was part of the committee to organize the Festival Jalisco Canta from their first edition in 2010 until 2016. As well she worked as voice teacher and choral conductor for three years in different music academies in her state.

At the present time, she continues her preparation as an opera singer with the international singer Donna Brown in the Music Conservatory of Montreal.