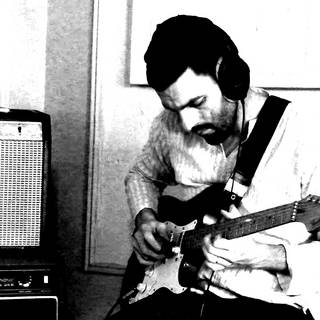 Kevin has been teaching music for over 20 years. In this long and eclectic career, he has taught guitar (electric, acoustic, and classical), electric bass, theory, composition, and improvisation. From 1999-2006, he was a band coach at the Summer Rock music school in Halifax, and in 2007 he founded a summer music camp for Acadian youth, Rock le Bot, that he continues to direct to this day.

From his beginnings as a self-taught guitarist, bassist, singer, and songwriter, Kevin has gone on to pursue 15 years of formal studies in music. Following his bachelor’s studies in classical guitar and composition at Dalhousie University, he obtained a Master’s degree in music composition from Université de Montréal (where he studied under famed Quebec composers Denis Gougeon and Michel Longtin). He has most recently undertaken PhD studies in music education at McGill University, where his principle research area is creativity.

Kevin has composed for many instruments and contexts, including scores for film and theatre, and he has performed as a multi-instrumentalist in various ensembles and recording sessions. An active member of several of Montreal’s diverse musical communities, he divides his time between various solo projects and collaborations.