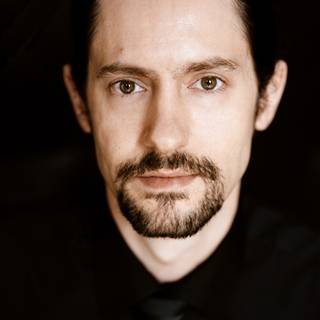 Born in 1982 in Marseille (France), he began learning music as a child by studying classical saxophone, before turning to the guitar at the age of 15, working in an autodidact way. Initially influenced by rock and blues, he turned to jazz at the age of 22. However, not forgetting his first classical influences, he began two years later a classical composition studies at the Conservatory of Marseille, France, with the renown french composer Régis Campo. Three years later, he completed the program and was awarded with "the first prize of composition" with the unanimity of the jury, the Henri Tomasi's composition prize as well as the SACEM prize.

His departure for Paris in 2008 marked a new step in his artistic evolution when he joined the Jazz Performance Department of the Paris Conservatory, under the direction of saxophonist Jean-Charles Richard, and studied with Manu Codjia, Jean-Charles Richard, Emil Spanyi, Pierre Bertrand, Francois Merville, Joe Quitzke . He joined the Conservatory Big Band with which he performed in popular clubs such as "The Baiser Salé ", Festival des Molières ..., took part in numerous jams sessions, and participated as a sideman in many projects, workshops and master classes with Dave Liebman, Larry Schneider, Eric Watson, Ralph Bowen, Martial Solal, Bob Mintzer, Jerry Bergonzi, Ari Hoenig, Gilad Hekselmann, Marc Ducret, Jean-Paul Celea, Junko Moriya and Christophe Monniot. The same year, he founded with young saxophonist prodigy Baptiste Herbin an acoustic jazz Trio with which he performed on the french scenes and also collaborated as a sideman with Julian Getreau 4tet. Performances were held in some of the finest clubs and Jazz festivals in France including the Duc des Lombards, Sunset/Sunside Jazz Club, The Baiser Salé , Flavors Jazz Festival, Jazz en Tete Festival as well as TSF Jazz live.... He recorded with the Julian Getreau 4tet the first album of the band ("Paper Plane", Must Records, 2010) during the same period.

In 2011, he obtained his degree in Jazz Performance at the Paris Conservatory, and integrated the PSPBB (Pole Supérieur de Paris Boulogne-Billancourt) of Paris. The same year, he founded his own jazz quartet with Baptiste Herbin (Saxophones), Martin Guimbellot (Double Bass), and Nicolas Charlier (Drums and Percusssions).

In 2012, he was awarded a scholarship to study at the world famous Berklee College Of Music in Boston, to study with some of his favorite musicians : Mick Goodrick, David Gilmore, David Santoro, Dave Samuels,...

He recorded his first album as a leader during the summer of 2013, featuring Jean-Charles Richard, Manu Codjia, and Laurent Fickelson.

In 2014 and 2015, he obtained his Bachelor in Jazz Performance at the PSPBB of Paris, and a Bachelor in Musicology at La Sorbonne University.

﻿He is currently living in Montreal, where he is preparing his second album as a leader.

Sounds From The Delta, Jean-Philippe Grégoire (Big Round Records, 2014)