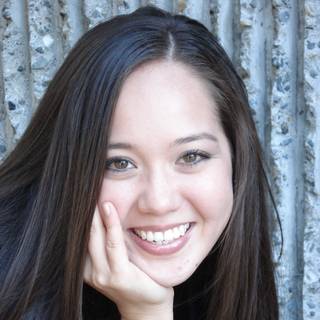 Hiather Darnel-Kadonaga is a lyric soprano born and raised in Calgary Alberta. As a child, she participated in various extra-curricular activities such as Triangle Musical Theatre, private voice lessons, piano lessons, dance classes, and gymnastics. She began her classical training at eleven years old with Elizabeth Johnson and in 2005 completed a diploma in voice performance at Mount Royal College. She continued her operatic studies at the University of British Columbia with Marisa Gaetanne completing an undergrad in Opera Performance in 2008. Recently in 2012, she completed her master’s at McGill University under the tutelage of Joanne Kolomyjec.

Hiather has performed many different roles in musical theatre and opera where she has had the pleasure of traveling across Canada, to Austria, Czech Republic, England, and the States.  The most recent of which are Geraldine in Barber’s one act opera A Hand of Bridge, Miss Jessel in Britten’s Turn of the Screw, Despina in Mozart’s Cosi Fan Tutte, Flora in Benjamin Britten’s Turn of the Screw, Adina from Donizetti’s L’Elisir d’Amore, the lovely role of Musetta from Puccini’s La Bohème, Pamina in Die Zauberflöte, and the comical role of Gianetta in Gilbert and Sullivan’s Gondoliers. She has also worked with many renowned conductors and directors Jonathan Darlington, Les Dala, Robert Tweten, Martin Otava, Nobert Plaxa, and many more.  She has performed with Calgary Opera Chorus and plans to return in the future.

In 2009, Hiather Darnel-Kadonaga made her professional debut with Vancouver Opera’s in School Tours Program singing the role of Piper/Pitch Pine in Veda Hille’s new opera Jack Pine.  She performed for children in elementary school from grades K-7 and it was one of the most memorable experiences of her life.  In 2012 and 2013 she returned to Vancouver Opera’s in School Tours Program to sing the title role in Naomi’s Road by Ramona Luengen.

Hiather is looking forward to working with the “Coopérative des professeurs de musique de Montréal”.  Her goal as a teacher of voice is to create a strong technical base for all singers so that they are able to move between different genres of music and with healthy technique, prolong the life of their instrument.