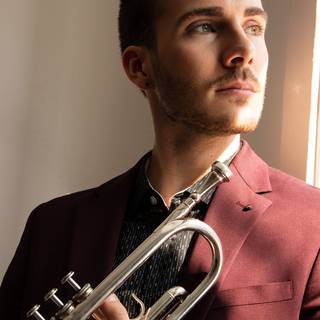 Based in Montréal, Félix is a young and versatile trumpet player. Currently studying baroque trumpet in the class of Alexis Basque at the Schulich School of Music, McGill University, he specializes in musical styles extending from Baroque to Contemporary. Orchestra player as much as a soloist, he studied in Masterclasses with Philip Smith, Sergei Nakariakov and Chris Gekker. At only 15 years old, he was invited to the finale of the Canadian Music Competition. In 2017, he won the Concerto Competition at the Trois-Rivières Conservatory of Music and played as a soloist with the Conservatory’s orchestra the same year. He was also invited to play as a soloist during Domain Forget’s music festival in 2018. In 2021, he took part in the National Youth Orchestral summer academy perfecting his art with renowned trumpet players such as James Ross, Larry Larson, and Karen Donnelly. It is often possible to see him perform as part of McGill’s wind orchestra, symphonic orchestra, baroque orchestra, as well as with many other ensembles, amateur and professional. For the future, Félix wishes to further his exploration of musical horizons. Already actively performing repertoire of every style in many different settings, he plans to pursue the avenue of a fully versatile trumpet player and to extend his art and musical vision abroad with well-known teachers and orchestras.