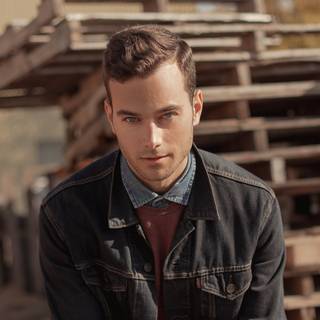 Félix Dubé started his studies in Cégep de Sainte-Foy. These two years gave him the realization that while he admired the classical music tradition, he would always be more of an improviser and a composer than a classical interpret. The young musician pursued music studies at Université Laval in Jazz interpretation, earning a bachelor's as well as a master's degree. Félix completed a graduate diploma in performance at McGill University in 2020 as a crowning achievement. The young pianist was lucky enough to assist numerous masterclasses with Canadian jazz greats such as Lorraine Desmarais and Olivier Jones and visited American jazz pianist Marc Copland in New York for a private lesson. The young musician took part in multiple projects such as Swing Dance band Manouche & Martini, World music ensemble Afrovibes, and his own band improvisation-oriented Manitou Quartet. Félix is an ambitious pianist with a charming and original style. He is also a disciplined composer, interested in all music. Genre-agnostic, Félix collects a wide range of influences, but he is influenced most by lyrical jazz pianists such as Bill Evans, Chick Corea, Brad Mehldau, and Marc Copland.