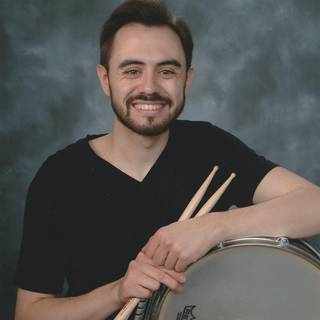 Originally from Notre-Dame-des-Prairies, percussionist Alexandre Ducharme is a versatile musician who, through his sensitivity and musical ardor, reveals to us a very high level performer. A graduate of the University of Montreal, Alexandre also stands out for his unfailing enthusiasm in all the projects he undertakes. During his career, Alexandre Ducharme was able to play in the various ensembles of the Faculty of Music of the University of Montreal in addition to acting as a teacher for young people. Let us note his participation in the Orchester de l'Université de Montréal (OUM) under the direction of Mr. Jean-François Rivest, an orchestra of which he has been a recipient of the Luc Vinet Fund on two occasions, in 2015 and 2017, for having demonstrated exceptional musical abilities within this ensemble. Le Prairiquois has also been able to collaborate with the Contemporary Music Ensemble (EMC) as well as the Percussion Workshop of the University of Montreal. He has also worked with seasoned musicians specific to their generation, namely Ms. Lorraine Vaillancourt as well as Mr. Christian Gort, Jean-Michaël Lavoie and Julien Grégoire. In 2015, Alexandre Ducharme was one of the six privileged percussionists to participate in the American premiere of Karlheinz Stockhausen's Chant de Kathinka alongside Mr. Olivier Maranda and the project which received the support of the Stockhausen Foundation. This project took place within the framework of the final doctoral recital of the flautist Mme Marylène Provencher-Leduc. Four years later, the project was included in the programming of the Contemporary Ensemble of Montreal (ECM +), directed by Ms. Véronique Lacroix. Besides his activities as an interpreter, Alexandre Ducharme also has a busy career as a teacher. He is currently teaching percussion at the École des Jeunes of the Faculty of Music of the University of Montreal since the fall of 2016. With his ten years in animation, he also teaches musical awakening at the day camp of Notre- Dame-des-Prairies since the summer of 2015. As an educator, Alexandre strives to mission to educate young and old about the importance of music. The latter offers a variety of musical activities related to the discovery of music and percussion.