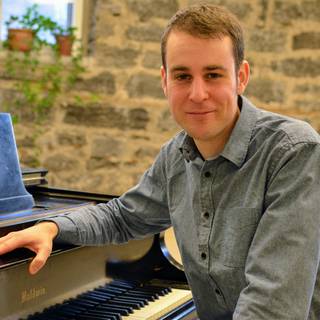 Martin Pelletier started playing piano at five. Few years later, he's admitted at the Conservatoire de Rimouski where he received a complete training from renown masters in many subjects including writing and history of music.

He then obtained a doctorate from the Université de Montréal in 2016 after an academical course of which the excellence has been underlined by the attribution of many scholarships. He then completed his education at the Conservatoire de Prague and the Universität für darstellende Kunst in Vienna where he received the teaching of a specialist of the great Viennese pianistic tradition.

During the last years, he performed as concert pianist in many events including at an annual concerts series that he contributed to found in his hometown.

He's currently pursuing his studies in pedagogy and is transmitting his passion for the piano with students of all ages and levels.