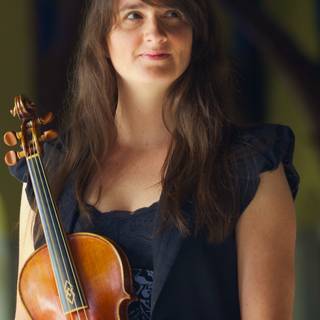 Following the success of Archets Boréals, concert by Feux d’Archetistes and La Nef on northern traditional music played on period instruments; Emilie was invited to perform her crossover-style compositions in a countryside series with Apollo’s Fire (Cleveland, Ohio), and later with Music City Baroque (Nashville, Tennessee) as a guest artist and leader in the orchestra. The latter project was published in Early Music America and Strings Magazine.